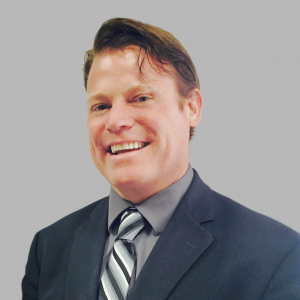 As President of Legal Affairs for the BaronHR Family of Staffing Companies, Eric Welch is responsible for sales, operations, human resources and overall financial performance of the various businesses comprising The BaronHR Family of Staffing Companies. Eric also sits on the Baron HR Board of Directors, where he serves as general counsel for the company and is responsible for state and federal compliance issues, for litigation with an emphasis on workers compensation, and for preparation of legal documents required by the business.

Welch previously served as a corporate attorney in both transactional law and litigation for the law firm of Ferris & Britton in San Diego, Calif., from 2000 to 2004.  His responsibilities initially included drafting contracts, preparing due diligence for mergers, acquisitions and initial public offerings, and other transactional matters.  Later, his responsibilities turned to litigation, including trial work, and he subsequently acquired extensive experience in this area.  In 2004, Welch became managing partner of The Welch Law Group and expanded further into the practice of corporate law, specializing in workers compensation-related issues.

Welch earned his law degree at the University of San Diego School of Law in 1999.  As part of his legal education, he attended the Institute of International and Comparative Law in Moscow, Russia.  He holds a bachelor’s degree in economics from the University of California, San Diego, where he also minored in Russian Studies.