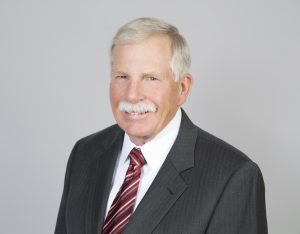 Dr. Robert Wertz is a member of the company’s  Board of Directors, advising Chief Executive Lou E. Perez on a variety of strategic, financial, risk management and human resources issues.

He also has served as a board member and president of two large joint power authorities that handled the property/liability and worker’s compensation claims for five school districts in the San Gabriel Valley.  Wertz has extensive experience in fraud detection, preparation of audits, and implementation of sound internal controls.

Wertz has been widely recognized for his commitment and service to students, parents, staff and the local community. He has been honored by the U.S. House of Representatives and the U.S. Senate; California Governor Schwarzenegger; the California State Senate and State Assembly; the City of West Covina; and the Los Angeles County Board of Supervisors. He was named the 2008 Association of California Administrators Region XV Business Administrator of the Year and received the 2009 Association of Rowland Administrators Golden Apple Award.

Wertz earned both a bachelor’s degree in history and a master’s degree in education from Whittier College, and a doctorate from the University of La Verne. He served for 10 years as an associated professor at Whittier College and for two years at California State Polytechnic University, Pomona, where he taught graduate-level courses in finance, organizational theory, and school district governance.

A Vietnam veteran, Wertz has been highly involved in the local community. He has served as a Boy Scout Coordinator and as a youth soccer, basketball and baseball coach. He also has been an active volunteer with the United Way and March of Dimes.